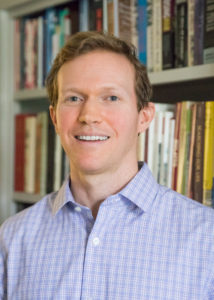 Modern U.S. History, the United States and the World

Robert McGreevey holds a BA in history from Swarthmore College and an MA and PhD from Brandeis University. A specialist in the political, social, and cultural history of the United States from 1877-1945, he teaches courses on the Gilded Age and Progressive Era, America in the Twentieth Century and the history of the U.S. in the World. His research focuses on the intersection of foreign policy and migration in the twentieth century and has been supported by the Society for Historians of American Foreign Relations, the Immigration and Ethnic History Society, and the Organization of American Historians. His first book, Borderline Citizens: The United States, Puerto Rico, and the Politics of Colonial Migration was published by Cornell University Press in 2018. He is the coauthor of Global America: The United States in Twentieth Century (Oxford, 2018), a textbook which synthesizes the latest research on U.S. history in the global arena. His articles, book chapters, and reviews have been published in the Journal of the Gilded Age and Progressive Era, the Journal of American History, the Journal of American Ethnic History, and the Blackwell Companion series. 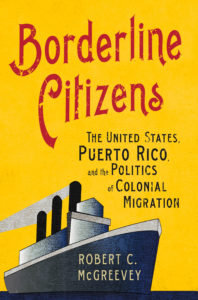 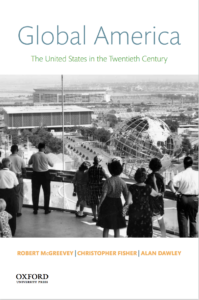