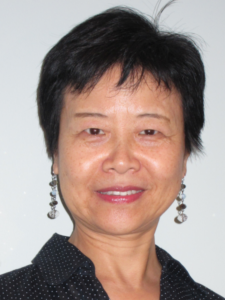 Modern East Asia, China Through the Ages, and the City in Modern China

Professor Qin Shao is a Shanghai native. She spent six years as a farmer in the countryside during Mao’s Cultural Revolution (1966-76) and later pursued higher education in both China and the United States.

Professor Shao has offered courses on Chinese history from the Stone Age to the present, women and the family in Chinese society, the city in modern China, American popular culture in Asia, modern Japan, East Asia, and the capstone seminar. She is the author of Shanghai Gone:Domicide and Defiance in a Chinese Megacity (Rowman & Littlefield, 2013), Culturing Modernity: the Nantong Model, 1890-1930 (Stanford University Press, 2004), and articles in major international scholarly outlets and mass media. She writes in both English and Chinese.

An unconventional scholar who believes in the interconnectedness of knowledge, Professor Shao’s work crosses temporal and disciplinary boundaries. She has published on ancient Chinese statecraft, China’s modernization effort in the 19th century, and recently on the human dimension of rapid urbanization in post-Mao China. Her research interests include property rights, historical preservation, domicide, displacement, mental health, dignity, sustainability, and grass-roots movements. She is working on a new project about the impact of politically motivated displacement under Mao.