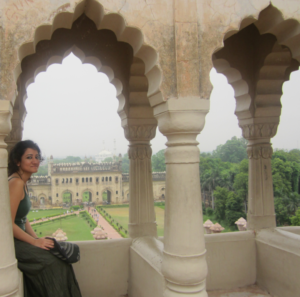 I am a historian of South Asia and the British Empire. I joined TCNJ with a PhD from Rutgers University – New Brunswick in 2019. Before moving to New Jersey, I lived in India, where I studied history at Jadavpur University in Kolkata.

My research looks at domestic labor in South Asia at the intersection of gender, caste and race. My book manuscript (based on my PhD dissertation) provides an intimate history of colonial South Asia from the eighteenth to the twentieth centuries through the figure of a South Asian maidservant – the ayah – who worked for British imperial families. I am also interested in the history of European governesses and nannies who worked in colonial Indian princely households. I collect old picture-postcards of the Indian ayah and the African American mammy to re-think inter-racial care-giving through visual culture in a trans-imperial and global framework.

At TCNJ, I teach courses such as “Modern South Asia: Mughals to Modi”, “Beyond Ars Erotica: Gender and Sexuality in South Asian History”, “Imperialism and Colonialism” and “Science, Medicine and Empire”. I also teach the “Capstone Research Seminar” and I am especially interested in supervising student research on world history topics. I am excited to offer new courses in the coming years on “South Asia through Cinema”, “World History from the Margins”, “Indian Ocean World” and “Global History of Caste and Race”.